The conveyor belt is the key equipment of the conveyor system, and its safe and stable operation directly affects the production operation. The deviation of the conveyor belt is the most common fault of the belt conveyor, and its timely and accurate treatment is the guarantee of its safe and stable operation. There are many phenomena and reasons for deviation. It is necessary to adopt different adjustment methods according to different deviations and causes to solve the problem effectively. This article is the conveyer belt manufacturer based on years of field practice, from the user's point of view, using mechanical principles to analyze and explain the causes and treatment of such failures. 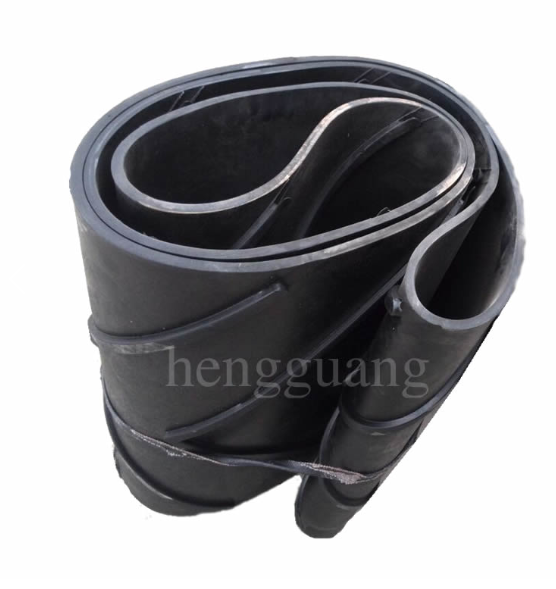 Second, the outer surface of the drum processing error, adhesive or uneven wear caused by the diameter of the different sizes, the conveyor belt will go to the larger diameter side. The so-called "running big and not running small". The traction of the conveyor belt produces a moving component of the large diameter side, which is deflected by the force component. In this case, the solution is to clean the surface of the roller, and the processing error and uneven wear will be replaced and reprocessed.

For the deviation in this case, the relative height of the two belt conveyors should be increased as much as possible during the design process. The form and size of the upper and lower funnels, guide troughs, etc. of the space-constrained belt conveyor should be carefully considered. Generally, the width of the guide groove should be about three-fifths of the width of the belt. In order to reduce or avoid the deviation of the belt, the baffle block material can be increased, and the falling direction and position of the material can be changed.

4. The verticality error between the installation position of the supporting roller set and the center line of the conveyor is large, which causes the conveyor belt to deviate in the bearing section.

The first method of adjustment is to make the holes in the mounting holes on both sides of the roller set during manufacture for adjustment. The second method is to install a cushioning roller set. There are various types of self-aligning roller sets, such as an intermediate rotary shaft type, a four-link type, a vertical roller type, etc., and the principle is to block or idle the roller in the horizontal direction. Or the lateral thrust is generated to achieve the purpose of adjusting the belt deviation automatically.